Poet of the week: Ismail Mohamed 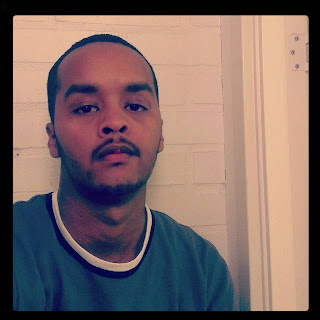 My name is Ismail Mohamed and I am 22 years old. I currently live in a town called Umeå, which is located in the northern part of Sweden. But I was raised in Gothenburg. A hard question seeing as how I left Somalia at the age of 2 , so I would say that my heart is in Somalia but my body is in Sweden , that's sounds fair right ? Lol.

Do you remember the first time you wrote a poem and what was it about? Who was the first person you shared it with?

The first time I wrote a poem was when I was 19 years old. I read a book by Scott Peterson titled Me against my Brother. The book was about conflicts in East Africa and how countrymen in Sudan, Rwanda and Somalia killed each other . It explains the main cause of murder amongst brothers in these countries . I remember reading the book and drawing inspiration from it ,I even named my first poem after the book. The poem is about two brothers named Osman and Dahir who have the same mother but different fathers. They both come from different tribes so when the War comes they end up in a conflict. I actually uploaded the poem directly to this page.

The themes prominent in your poems are often related to politics and Africa;what inspires you to explore these two themes in most of your poems?

I try to write about subjects I find important or relevant, whether it be about Africa or the revolution in Chile or Malcolm X. Subjects that have shaped history and the world we live in. I read a lot and try to collect as much information about these ''highlights'' in history and incorporate them into my poems. I especially read about Africa and its history because a believe its history has been distorted and we don't receive the whole truth.

I have noticed a pattern with your writing - you generally take long breaks between poems - what causes this? Do you just stop writing or life happens ;)

Lol , you have been very observant. It depends on whether or not I feel I have something to write about. Most of the things I care about I have already written down and submitted to this page . I would almost say that I have reached my limit as a ''poet''.

Where do you seek your inspiration for your poems after a long gap of not not writing?

It depends , I don't have to be in a certain mood or a certain place to be inspired.

What is your writing process like? Do you edit a lot? Do you freestyle?

Sometimes it takes me hours to write a poem while on different occasions I can be done in a couple of minutes. I always try to make the last word in each sentence rhyme so it takes awhile.

Who are some of your favorite poets?

What advice do you have for aspiring poets? Any word of advice for closet poets?

I still don't consider myself a poet so if anything I would say seek inspiration and write it down.
Posted by Somali Poets at 3:25 PM