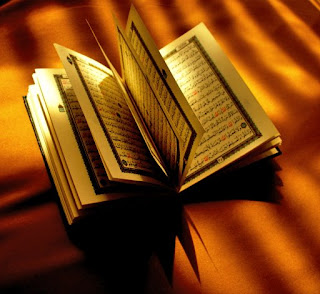 Editor's note: We hope this serves as a reminder for our youth out there. Somalia-The nation of poets blog and facebook fanpage is here as to share with the world our culture, traditions and values. And most of all the most important element of the Somali culture-our deen. That is why Somalia-TNP more than often encourages and seeks to find literary work that serve as a reminder for us.

-that is easy to acquire and less time and energy consuming
-which comes at no cost of buying, selling or maintaining
-risk proof and all yours forever
-debt and stress free
- riba (interest) free
-etc

With the short tips below you could be on your way to investing in:
-Mansions built of gold and precious stones.
-With lofty rooms; one above another
-With such magnificent views
- And mansions exquisitely decorated and maintained for you
-Mansions under which rivers flow
-With gardens of eternity containing all kinds of trees, fruits and delight
-In them springs/fountains gushing
-And of beauty beyond your wildest imagination....

How to invest??
1- Two rakahs before the Fajr Prayer,

2- Four rakahs before and two after the Dhuhr prayer,

3- Two after the Maghrib Prayer, and

4- Two after the Isha Prayer.

The mother of the believers, Umm Habibah Ramilah bint Abu Sufyan (may Allah be pleased with him) narrated that she heard the Prophet (peace and blessings be upon him) saying: “A house will be built in Paradise for every Muslim who offers twelve units of Prayers other than the obligatory ones in day and night, to seek pleasure of Allah. (Reported by Muslim)

Every day you could be expanding your real estate portfolio in the Herreafter just by performing these additional prayers... everyday. Will you then take advantage? We spend a lifetime investing and saving for just one property to live in this dunya. You could be spending just a few minutes of your time to increase your hasanat and property in the Hereafter. You dont want to find empty land when you get there inshaAllah so brothers and sisters lets take advantage of this and start praying the sunnah of our beloved prophet (saw). Start little by little and with practice it becomes easy.

Bonuses:
1) Sunnah Prayers compensate and make up for any shortcoming or incompleteness in the obligatory Prayers: “The first thing that a slave will be taken to account for on the day of Judgment will be his prayer. If it is complete, he will have been victorious and successful. If it is lacking, he will have failed and lost. And if something is missing from his obligatory Salah, Allah will say: “Look and say if My slave has voluntary prayers. And his obligatory prayers that are lacking or incomplete will be completed by these.” [Tirmidhi]
2) The Prophet (saw) said, "The two Rak’ah before the dawn (Fajr) prayer are better than this world and all it contains.'' [Muslim]
3) The Prophet (saw) said: “Whoever, observes the practice of offering four rak’ahs before Duhr prayer and four rak’ahs after it. Allah will shield him against the fire of hell.” [Abu Daud and Tirmidhi]
4) It is stated in a hadith that whenever a Muslim prostrates to Allah, He will elevate him one degree and forgive him one bad deed.” [Tirmidhi]
5) Sunnah Prayers bring more reward to Allah’s servant, as increasing voluntary Prayers is the best of supererogatory acts after Jihad in the Cause of Allah.
6) Sunnah Prayers increase the light of Iman (faith) in the heart, as each Prayer brings light to the heart of Muslim.