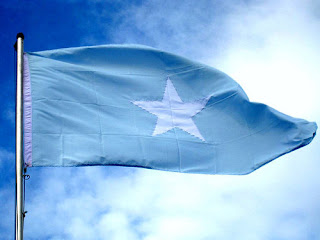 Editor: Francis Duggan is an Australian who writes poems on various topics,and he writes poems beautifully! Check him on Poemhunter.com.

Out there on the plains of Somalia a young woman on the ground lay
Her three babies have died of the hunger and death from her not far away
For weeks on end she has been starving in a land for years ravaged by drought
And Mr Big in his ferrari with his wife is driving about.

And Mr big and his wife in a posh restaurant with their wealthy mates are out to dine
One hundred dollars a plate for dinner and two hundred for a bottle of wine
Whilst out on the plains of Somalia the vultures circle in the sky
The smell of death is in their nostrils as they wait for a woman to die.

Out there on the plains of Somalia the river bed dry as a bone
And a young woman dying of thirst and hunger she's even too weak for to moan
And Mr Big and his wife and two children are having a great holiday
In a high class resort by the ocean six thousand for two weeks he pay.

Out there on the plains of Somalia in the searing heat of mid day
A young woman dying of thirst and hunger the life from her ebbing away
The vultures are circling above her and the flies of death buzzing around
And Mr Big in his ferrari to his company board meeting bound.
Francis Duggan
Copyright ©2009
Posted by Nation of Poets at 3:13 AM