Me against my brother 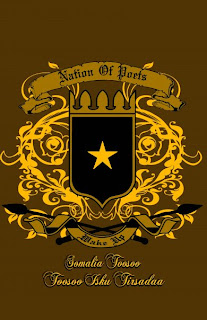 Osman and Daahir were two brothers, the same mother with different fathers.
When the war came in 1992 they didn’t know what to do
For this war they weren’t prepared they felt vulnerable and scared.
Osman was Hawiye while Daahir was Darood they were divided but thought about the memories they’d shared.
Time passed and they both grew apart
They both were soldiers fighting, without fear in their heart

Fighting against each other in the name of their clan
Forgetting that they once walked the streets hand in hand
But fate had a different plan.

Osman
and his army invaded Daahir’s town
Daahir was ready, not a blink nor a frown
He quickly went on the counter attack
He never looked back..

..Osman
held his AK tight
He knew he might not make it through the night
But he quickly erased his hesitation and fright
He saw his enemies from a distance
And in an instance...

..Daahir
saw his enemies from a distance
He knew his death would make no difference
A plain soldier fighting for a ‘’righteous’’ cause
But he wouldn’t receive a medal or any applause
As his enemies grew nearer he and his army started to pause...

..Osman
stood in front of the opposing army and looked at the leader
He swore he recognized his facial feature...

..Daahir looked at the leader
His mind searched hard and eager
He said... ''there is something about his facial feature''...

But the hate erased all form of memories which they had
They fought as two strangers aggressively and mad
As it became night and all was still
..Osman shot down the leader but he felt a strange chill
This was no ordinary kill…

.. Daahir
fell to the ground
Although bullets were flying he didn’t hear a sound
He felt his life was coming to an early end
He thought about Osman and all those years they had spent
Together
Osman would remain in his mind forever...

..Osman
stood over his victim that lay dead
He felt worried and a thousand thoughts rushed trough his head
''Why don’t I feel joy and relief?''
Sadly the only thing he felt was sorrow and grief
He kneeled besides the corpse and put his AK on lock
As he looked closer he screamed in shock