The land of failed political bets 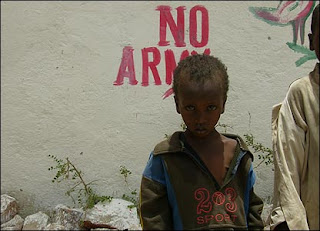 Editor's Note: Somali Poets welcomes poems by Somalis for Somalia! This poem vividly paints a picture of how Somalis live!The Young poet who wrote this it is Sara Abdi, a University Student residing in America.
Somalia.
The land of Poets.
A place where the camel procession passes by led by a young man and young girls sitting by the deck plait each other's hair.
The land when where the sun sets and people gather around to listen to folktales passed down generations, the familiar stories of Deghdeer and the jilted lover Elmi Bodheri excite us just as when we heard them first.
This was a land which the Ancient Egyptians once called God's Country.
The land of Myrrh and Frankincense.
The land that has gone through trials and tribulations, a people so divided and disenfranchised that any glimmer of hope, that a politcial figure might bring them have dimmed.
A people that have learned to give in and be taken hostage by men with Klashinikovs.
A place that was once an ancient trading center, is now a roadmap to despair.
Sara Abdi
Copyright ©2009
Posted by Nation of Poets at 1:43 PM