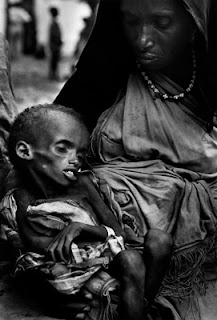 Oh, Somalis!
How long will you exploit, mistreat and abuse my land?
How long will you fight and decorate my earth with the blood of my people!
Will I ever become unaccustomed to the echoes and the unpleasant sounds of guns?
Would I ever see a brighter a day, a day, where Somalis can ever come together and embrace one another!
Will there ever be a leader like Aden Abdulle Osman, the first president?
Do you ever hear the plea of this land? Do you ever feel the plight of my children!
Where are your conscience Somalis?
My 49th Independence Day is approaching, what is going to be my ceremony!
Yet, another Somali killed because of tribe?
Yet, another mother desperate and praying for a way out!
Yet another child dying of hunger and thrist?
Where are the days where Independence day was embraced with celebration!
Songs, dances, feast and happy Somalis?
Somalis who would wave the flag up high!
Somalis who would pride themselves for being Somalis, rather than darood, abgaal mise isaaq?
Somalis who would respect and adhere to the Quran and following the teachings of Mohammed PBUH!
Somalis in the west celebrate this day in lavish venues, with music, and halib iyo bariis, obvious to the fact that the ones back home are still in a state of chaos, hungry and absolute poverty?
Somalis, when would you realize the fact that you have preyed on my land like vultures for so long!
Failed it.
Disappointed it!
Abused it.
Exploited it!
Copyright ©2009
Written by: Halima Ahmed